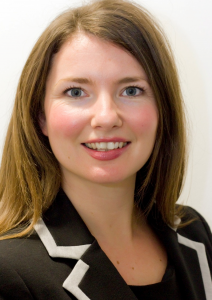 Research carried out by Women’s Enterprise Scotland shows that the contribution made by female-owned businesses to the Scottish economy continues to grow. The GVA of the sector grew from £5bn in 2012 to £8.8bn in 2015 – a 76% increase – while it is now responsible for creating 231k Scottish jobs – up from 153k in 2012.We have also seen a rise in the number of female-fronted businesses in the employee ownership sector, with several of the businesses transitioning to employee ownership being owned or run by women.

We caught up with Angela Wardrope, a project manager at CDS, to hear more.

“In the past few years the employee-ownership community has welcomed a number of new businesses being led by women. Last year saw Shetland-based ESPL Regulatory Consulting (ESPL), headed up by founder Dr Helen Erwood, make the move. A unique business providing regulatory services to the life sciences and pharmaceutical / medical device industries, protecting the company’s well-earned reputation in its highly specialist sectors was one of the reasons behind Helen’s decision.

“It was also a good way to protect the company’s best interests and recognise the talent and dedication of the staff. The team are now looking forward to continued growth under the new ownership model, while Helen has a plan in place for when she decides to step back from the business. 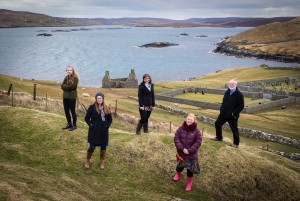 The ESPL Regulatory Consulting team at their Shetland location.

“Another female-led business to adopt employee-ownership in recent years is Doune-based Harvey Maps, a professional mapmaking service for orienteering. Founded 40 years ago by Robin Harvey MBE and Susan Harvey MBE, it is one of a very small number of companies in the UK to generate its own map data, becoming a market leader in maps for outdoor pursuits.

“As Susan considered her exit strategy, she felt it was important that the business they had built up over the years wasn’t swallowed up by a competitor. She decided that employee ownership would give the company the best chance of continued independent existence and success, while retaining jobs locally. The employee buyout saw ten staff given the opportunity to become owners.

“In 2017, Glasgow-based digital and design agency P4P Creative became employee-owned after co-founder and managing director Avril Tait made the decision with her partner and fellow founder Nigel Boyd to safeguard the company’s future should anything happen to them. The thought of someone else coming in and changing things after all the team’s hard work was unthinkable and so she approached Scottish Enterprise about their options. She was referred to CDS, and after some research and meeting other businesses who had been through the employee-ownership process, she felt it was the perfect fit.

“Although the employees’ input had always been valued when it came to business decisions, Avril feels employee ownership creates an even better environment for the team to create their best work.

“Also in Glasgow, architectural practice Page \ Park is led by Karen Pickering, who was appointed as its chair of the board of directors after it became employee-owned. Having served 28 years with the company, her energy and drive to ensure the best possible projects outcomes has continued in her new leadership. 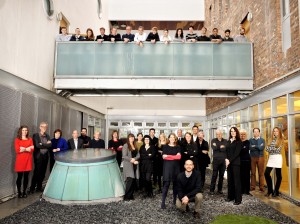 “She states that becoming employee owned boosted productivity and increased engagement among staff – team members are no longer ’wage earners’, they are ‘company owners’ and that has brought about greater energy, drive and pride – a great endorsement of the employee ownership model.

“One of Scotland’s most prominent employee owned businesses being run by a woman is Arran’s award-winning Auchrannie Resort. Established by Iain and Linda Johnston in 1988, it became employee-owned in December 2017, with 160 members of staff becoming owners. Linda has led the company as managing director and board chair since 2010.

“With two 4-star hotels, 30 5-star self-catering lodges, two leisure clubs, three restaurants, an ASPA spa and Arran Adventure outdoor company, Linda and Iain had cultivated a hugely successful business. When considering her succession options, it was important to Linda that the ethos of the company, the existing team, and the community use of Auchrannie’s facilities for the future was protected.

“Those were the drivers in deciding that employee ownership was the way forward for the company, and the new ownership structure means that her team now plays a huge part in shaping and influencing the future success of Auchrannie. 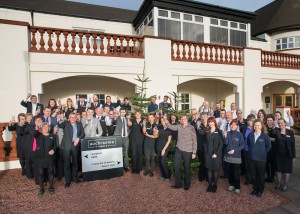 “Employee ownership has great potential to help drive economic growth and create greater wealth equality in society. It’s great to see these successful, female–led businesses thrive within the sector, and we look forward to seeing the number of women in the employee ownership community continue to grow.”