Chemco International is the latest company in Scotland to become 100% employee owned.

The company, which is headquartered in Coatbridge, is regarded as a market leader in the design and manufacture of state-of-the-art protective coatings and is at the forefront of delivering environmentally friendly products for a wide range of industries throughout the world. 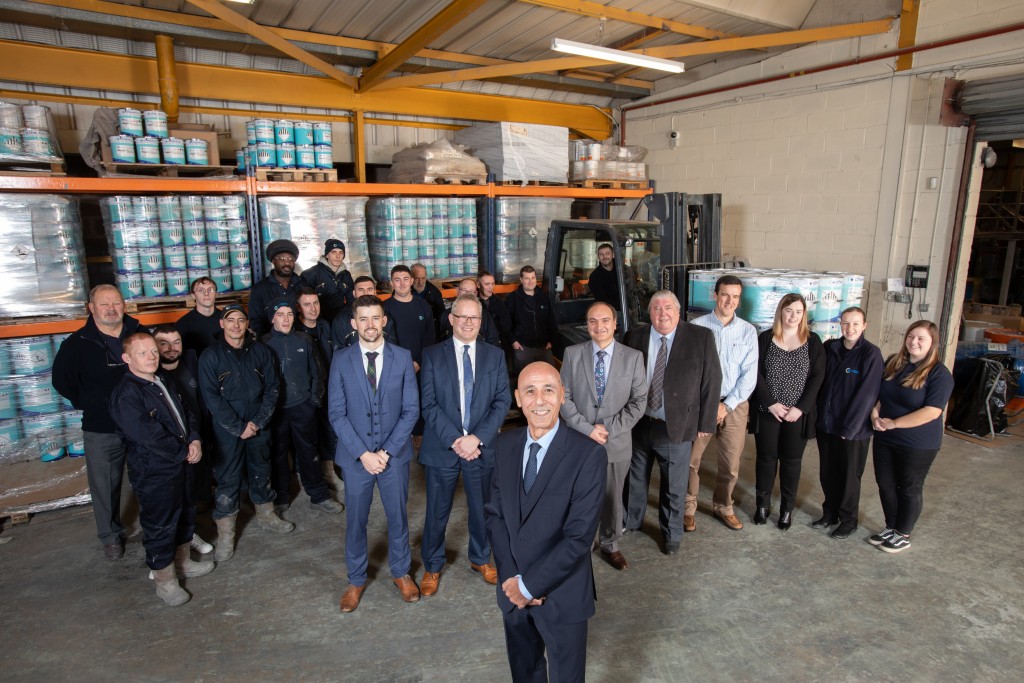 Founded in 1990 by Manny Khorasani, Chemco traces its origins back to the Original Glassflake Company, the inventors of glassflake technology in the 1960s. Manny joined Glassflake as a production supervisor in 1982 and after quickly rising through the management ranks, he bought the company in 1990, renaming it Chemco International. The company is now one of a few remaining Coatbridge-based engineering firms that has continued to evolve, expand and develop over the past 40 years.

Around eighteen months ago Manny started to think about taking a back seat in the business and, after considering his options, he decided that employee ownership was the best way to secure the company’s future and protect and retain the jobs of his staff. In December, Chemco International announced it had completed its transition to become an employee-owned business, with 24 members of staff becoming owners.

An Employee Ownership Trust was formed to hold 100% of the shares on behalf of the new owners.  We caught up with Manny to hear more about the reasons behind the decision to move to employee ownership.

“We are almost an institution in the area, having been here for almost 40 years. That’s why it was really important to me that the company not only stayed within the local community, but that the jobs and the skills of the staff, who all live locally, were retained and protected.

“I looked at a number of different options, including selling the business, but my concern was that due to the nature of the business, a trade buyer would most likely relocate the company. None of the options I explored delivered the business continuity I wanted for our customers and employees and this is when the employee ownership became an attractive option.

“I carried out some research and then attended an employee ownership event run by Scottish Enterprise. The event was really useful and I came away with lots of valuable information. Even before I left the event I knew that employee ownership was exactly what I was looking for – it would provide the security that we wanted and, most importantly, would allow the employees, who have all played a key role in the growth of Chemco International, to have a real say in its future.

“I must also mention Scottish Enterprise, for being instrumental in facilitating the employee ownership scheme for Chemco, and giving impartial, independent trustworthy advice.

“It’s a very exciting time for our company and we all look forward to the opportunities this brings.

As far as I am concerned employee ownership is a win, win situation for all concerned and it is my belief that this will be the way forward in the near future.”