Edinburgh-based i4 Product Design Ltd is an ambitious Scottish company which was formed in 2003 by four founding directors, Brian Combe, Ewan Maxwell, Gordon Miller and Jim Ward, who went on to build a successful business with a strong track record.  Three of the four founders, Brian, Ewan and Gordon, are still with the business and form the current board of directors.

i4 has a mix of designers, innovators and engineers that collaborate as one team to deliver eye-catching and well-engineered products. Specific services include project management, industrial design, mechanical engineering, electronics and systems engineering, prototyping and manufacturing support.

The business has designed some well-known home and garden products for brands such as Flymo and Bosch as well as medical diagnostics and prosthetics products for world-leading vision device manufacturer Optos (part of the Nikon group) and Touch Bionics (an Össur Company).

In May this year, the company announced it had completed its transition to become an employee-owned business, with 14 members of staff becoming majority owners.  An Employee Ownership Trust (EOT) has been formed and currently holds 75% of the shares on behalf of the employees; the co-founders have an equal share of the remaining 25% but it is envisaged the EOT will eventually hold 100%. 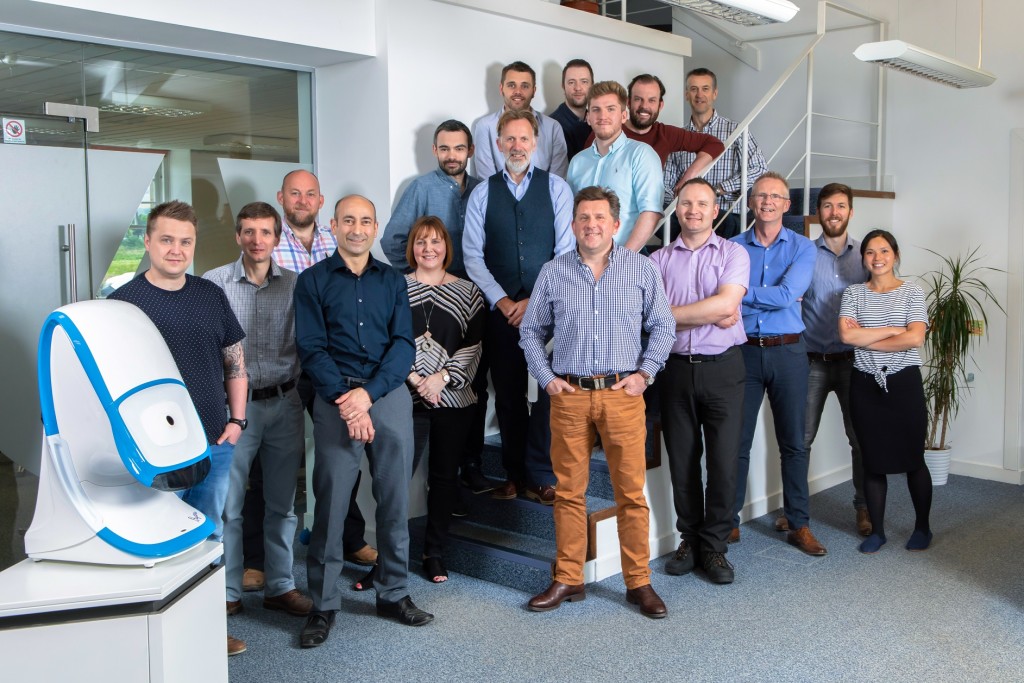 Directors and staff of i4 Product Design at their Edinburgh headquarters

We caught up with Brian Combe, i4’s managing director, to find out more about the decision to become employee-owned. Brian said:

“The main objective of establishing an employee ownership structure was to provide a stable platform for growth by allowing our employees to feel more engaged, informed and integrated into the company.

“Many exit options had been considered over the years, even employee ownership which at the time we wrongly assumed would be too complicated for us. However it soon became clear that employee ownership was an ideal fit for the aspirations of the directors, for leaving a legacy of a sustainable and profitable company.

“Since the company’s inception we have always strived to do the right thing by our employees, and so once we understood the principles of employee ownership, we knew it was the perfect vehicle for us to begin the process of engaging our team for the next chapter of our company’s development.

“We were extremely satisfied with the support we received from CDS and our legal and financial teams on implementation. Although there is a lot of hard work still to complete to make employee ownership work for us, we firmly believe that this will be good in the long-term for everyone involved.

“All employees were kept in the loop from the start of the process. We held off-site strategy days where a wide selection of our employees attended and contributed to discussions on many points including succession and various models of ownership. Once the employee ownership model was debated in more detail and identified as the preferred option, a wholesale engagement with the employees was undertaken on a regular basis as the company stepped through the process. Keeping the lines of communication open proved to be very useful as feedback from the employees during the sessions ultimately shaped the finer details of the EOT.

“Time will tell how it might help the business but the hope is that transferring ownership to the employees is recognised as a genuine commitment and display of confidence by the co-founders in the employees being able to take the company to the next level.  We hope that the process will encourage the staff to bring new ideas, add real energy and drive to take the business forward and importantly make them feel part of something exciting and have a real sense of pride working for i4.”