Founded in 1972 by Stuart Hutton, The Priory Hotel in Beauly is a local institution, holding a special place in the hearts of many from the town and beyond. Over the years, Stuart and his family have played a key role in the day-to-day management and running of the hotel. However, after over forty years of business, he began to consider his retirement and what that might mean for the hotel. After considering his options, Stuart concluded that employee ownership was the best way to secure the hotel’s future and reward his loyal staff.

An Employee Ownership Trust has been formed which will hold 72% of the shares on behalf of the employees. Stuart’s son Kenneth Hutton will retain the bulk of the remaining shareholding, to demonstrate that the family remains committed to the continuation of the hotel. Kenneth grew up with the hotel since childhood, and despite taking a different career direction as a golf professional, he has become involved again over the past few years. He will become managing director of the company, and will oversee its operation as his dad begins to remove himself from the business.  We caught up with Kenneth to hear more about the reasons behind the decision. 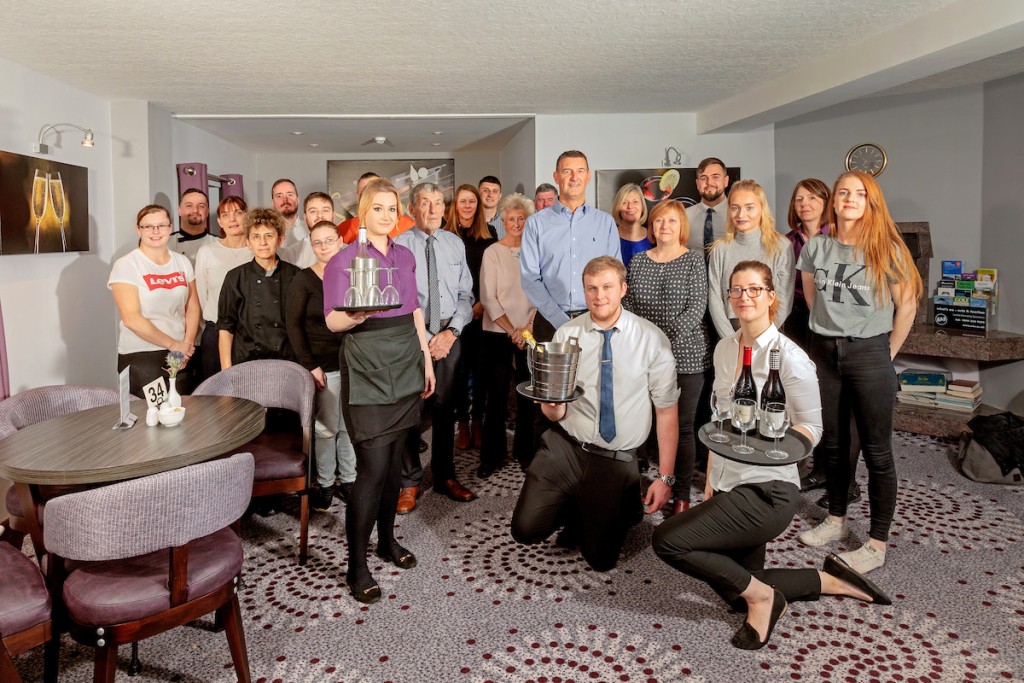 “My dad was at the stage where he was considering a step back from the business. He had put the hotel on the market recently and had a couple of trade sale offers, however he didn’t feel that the prospective buyers were the right fit for the hotel. A staff member had once mentioned employee ownership as a potential solution to this – it meant the business would be sold to those who know it best, and it wouldn’t be taken over by a large chain. The option stuck with my dad and when he felt like he had the correct management team in place, the time was right to begin progressing the buyout.

“Beauly is a small town and many people from the area have worked at the hotel over the years. Many marriages were forged at our discos and musical events in the 70’s and 80’s, and people still travel from far and wide for our food offerings, and in particular our famous Sunday carvery and traditional High Teas. The Priory Hotel is a huge part of the local community and a takeover by a large chain could have put jobs and company values at risk. By selling to his employees, my dad knows that the business he spent 46 years building is now in the hands of a loyal and invested team that wants the best for the hotel and the local area.

“Some of the key management team will assume positions on the board, including Kate Melens, who will be the General Manager of the hotel, bringing a wealth of experience and a fresh view to the way the business needs to develop with changing times. The staff are very excited by the news and are looking forward to learning more about the role they will play in the hotel’s future.”