A new generation lighting the way… 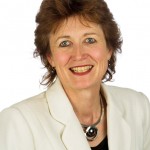 Leaders from across Europe came together recently in Brussels to discuss all aspects of co-operative development, including how to engage with young people looking to collaborate in business.

Fresh from the insightful conference in the Belgian capital, CDS chief executive Sarah Deas reveals some of the different approaches being taken by various countries.

Across Europe the next generation is eager to create new endeavour – young people wanting to start their own businesses.  Many are talking about doing so together – championing a co-operative approach to match their values.

Recently I attended an event at which this message was loud and clear. I joined leaders from Flanders, Finland, Italy, Sweden and the UK in Brussels to share our approaches to co-operative development.

We heard from Gordon Hahn, chair of Sweden’s Coompanion, on how his organisation is tapping into this growing desire to collaborate. They recently launched ‘Generation Kooperation’, a campaign targeting 20 – 35 year olds. 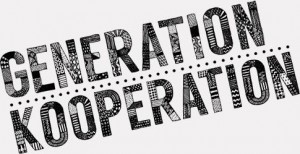 I explained how here in Scotland we are also supporting the growing interest in the younger generation by developing teaching resources and a toolkit for use in universities and colleges. Following a successful pilot, we are now working with the Scottish Funding Council to support the roll-out of these resources across the futher and higher education sectors.

Other insights from our day in Belgium included recognition of the role that strong national bodies play in promoting the adoption of co-operative models. We were all impressed to hear how Coompanion, which operates 25 co-operative development centres across Sweden, has supported 5,000 new co-operative entrepreneurs over the last fiveyears.

Niina Immonen and Mirja Taipale, from Tampere Region Cooperative Center, also described the important Finnish initiative upskilling 820 business advisers – ensuring co-operative models are considered as mainstream options. Their contemporary campaign – ‘Enterprising Together’ – was designed to stimulate public interest in working with others. It involved radio broadcasts, mass distribution of brochures and events across Finland.  Together these initiatives resulted in a 10% per annum increase in co-operative start-ups.

All the nations identified emerging opportunities for co-operatives in:

Consortium co-operatives are becoming increasingly prominent in the tourism and creative industries as a vehicle for business collaboration. Italy’s distinct legislation has resulted in 15,000 social co-operatives. The UK’s community shares initiative has enabled over 200 communities to invest in local enterprises. And, in Sweden, co-operatives provide 20% of the broadband infrastructure.

Our host, the Flemish Government, in its commitment to co-operative entrepreneurship is calling for ‘proposals’ for new co-operative business models – a refreshing and pioneering approach.

The increasing relevance of co-operative models in modern-day Europe was evident throughout the day – driven by changing societal values and the need for innovative solutions to local issues. A big ‘thank you’ goes to Kristof Welslau for arranging such a valuable day.

It is over 50 years since President Kennedy spoke of the torch being passed to a new generation. “United, there is little we cannot do in a host of co-operative ventures”. It may be our young people who will now take forward that torch and drive the adoption of co-operative models, not just in Scotland but world-wide.