Glasgow Gets Gold for a Gallus Games

After eleven days, hundreds of hours of competition and countless broken records, Glasgow’s Commonwealth Games has finally come to an end.

While the competitors have left and the city has begun to return to normal, the event’s legacy is already apparent not just in Glasgow but across the country, as Co-operative Development Scotland chief executive – and Host City Volunteer – Sarah Deas explains.

Over the past two weeks, I have had the privilege of being part of the team which welcomed the world to Glasgow for the twentieth Commonwealth Games.

As one of the 1,500 Host City Volunteers, it was my job to welcome visitors and help direct them around the city. With around 1,000 cultural events complementing the sporting programme there was much for the visitors to discover.

I thoroughly enjoyed the experience. Like other volunteers, I received bronze, silver and gold medals of my own – although this was for meeting my pledged volunteer time rather than any athletic achievement!

I was fortunate in also getting tickets to watch some of the excitement itself. So being close to the event both as a spectator and a volunteer allowed me to look more closely at the impact the Games had on the city. 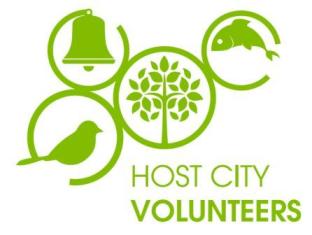 What stood out was the way the people of Glasgow and Scotland came together to make each day special for visitors and Glaswegians alike.

From cheering on every athlete, no matter whether they finished first or last, to celebrating the achievements of the men and women who kept the city running during its busiest ever fortnight, there was a real sense of celebration and pride throughout.

And for those people who were given a chance to shine as Games volunteers, it was a tremendous occasion. I will always remember one individual, with tears in his eyes, who told me he was dreading it finishing because it had been the best time of his life.

People Make Glasgow is Glasgow’s slogan – and one of the biggest sources of inspiration was watching how everyone worked together to make the event a true success both on and off the field. 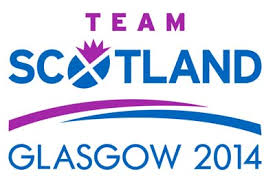 From the official volunteers and organisers who kept things moving smoothly, to the artists, musicians and stallholders who contributed so much to the atmosphere in the city and even the residents who simply opened their arms and said ‘hello’, everyone played a part in making Glasgow 2014 a huge success.

It was this spirit of co-operation and collaboration that saw the event named ‘the best Games ever’ by Commonwealth Games Federation President Prince Imran during Sunday’s closing ceremony.

So if Team Scotland’s legacy is anything – aside from our record-breaking medal count – it is that by working together, we can deliver on our aspirations.