David Jones started working for John Lewis Partnership as a Graduate Trainee in 1982. Since then he has held a number of roles, including running several Waitrose stores and some time as Waitrose’s Supply Chain Director.  His current role is Partnership Registrar, in which he is tasked with ensuring the business upholds the principles of the partnership. David gives some background to the Partnership’s employee ownership model, and how putting the happiness of the partners first makes for better business. 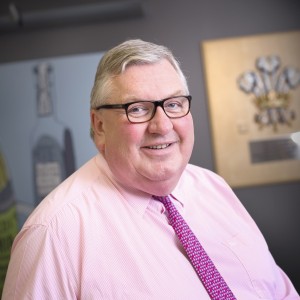 “John Lewis Partnership has not always been employee-owned.  The son of the founder, John Spedan Lewis, decided it was unacceptable that his family made more from the business than all other employees combined. His objection wasn’t just moral; he felt it was bad for business.

Spedan’s view was that if he created a more successful business that reinvested in itself, took a long term view, gave everybody a voice in how it was run, and actively contributed more to community and society, then more people would want to spend money in his shops.   In 1929, he sold his shares to a trust, that would hold the shares on the employees’ behalf, and he was repaid for these shares over the next 30 years.

John Lewis Partnership now has almost 400 shops, 90,000 employees and gross annual sales of over £11 billion.  The Partnership employs 3200 people in Scotland. There are seven Waitrose stores as well as John Lewis shops in Aberdeen, Edinburgh and Glasgow.  We also have a customer contact centre in Hamilton.  We support many Scottish companies in our supply chain.  Quality of produce is paramount for Waitrose, and we are pleased to support many Scottish producers. Indeed, Stoat’s Porridge and Mo’s Cookie Dough are two Scottish companies who started out selling products in Waitrose, and have gone on to be national businesses.  We build long term strategic partnerships with our suppliers, and are proud to have been working closely with Aquascot so closely for many years.  I’m thrilled the firm has also adopted the employee ownership model.

As Partners in the business, our employees share the rights and responsibilities that employee ownership entails. This doesn’t mean that everyone is involved in every decision the business makes – we couldn’t function like that.  What it means is that they hold our leadership to account for the decisions they take.  We have 5 employees elected to our Partnership Board. These employees do not have management or executive responsibilities; they are there to provide the link with our partners and to test and probe the management. We have a democratically elected Partnership Council that ensures the business is run for and on behalf of the partners. The Council shares the views of the Partners on key issues and makes recommendations on policy.   The Partnership Council has the authority to remove the Chairman – although I’m pleased to say this has never happened!

Our Partners are rewarded for their commitment. The Partnership’s profit , after investment is distributed to Partners. This can be through pay, discounts subsidised leisure or learning. Each year we announce our annual bonus, which in 2016 amounted to 5 weeks’ salary for each Partner. Fairness is a key value and each member of staff receives the same percentage of salary in their company bonus. The same bonus is paid to employees whether they work in John Lewis, Waitrose or one of the other companies.  If John Lewis has a bad year, and Waitrose do exceptionally well, one balances the other.  This is the dual strength of our model.

John Lewis Partnership can never be sold, which gives us a powerful competitive advantage.  Because we have no option to sell our shares and invest elsewhere, each of our 90,000 partners has a strong incentive to throw all their energy and passion into making this year better than the last.

And it works. In a ferociously competitive sector, where we’ve seen the demise of high street brands such as Woolworths, BHS, Comet and others, we have not only survived, we’ve thrived.  Employee ownership is fundamental to our commercial success.  If we are to build a more diverse, sustainable and inclusive economy, we need to see more companies choose employee ownership.“

David Jones is speaking at a breakfast seminar on 20th October 2016 hosted by Highlands and Islands Enterprise at their Inverness offices. More information can be found here.