Collaboration Prize continues to make a difference to winner 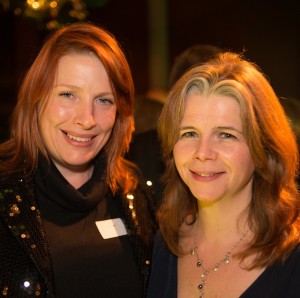 Screen Facilities Scotland (SFS) is one of the earliest winners of the Collaboration Prize, having formed in 2012 to enter during the inaugural year of the competition.

In the two years since winning the award the consortium, made up of Scottish-based film, television and commercials facilities, has flourished.

Here, Joanna Dewar Gibb, one of the directors of SFS, describes why winning the prize was so important to its development.

We were delighted to be one of three winners of the Collaboration Prize in 2012 and we continue to reap the rewards from that. Since we’ve formed as a consortium, we’ve gone from strength to strength and benefit in many different ways.

The seeds of our co-operative were well and truly planted before we spotted the opportunity to be considered for the prize, but when we did we were pleased to see the entry process was both manageable and straight forward. Our entry was completed and submitted with the minimum of fuss.

And that’s been the case the whole way through.  From being short-listed, to eventually winning and then formally establishing SFS, the whole process has been possible thanks to clear guidance, simple structures and succinct documentation provided by Co-operative Development Scotland.

We have used the prize money in different ways. It gave us a cash boost while waiting for membership fees to come in during our first year, with the money spent across various activities including collaborative marketing materials our launch networking event and administration costs.

Each of our members has since benefitted from shared marketing and promotional activities, new networking opportunities, better engagement and participation across the creative industry sector and closer working with colleagues and clients, both new and old, all of which helps us work towards a stronger, busier future.

It is no exaggeration to say SFS would not be where it is today if the collaborative consortium business model did not exist and if the Collaboration Prize, comprising of valuable business advice and welcome cash, had not helped us to flourish.

Until we had formed, many lucrative contracts including those originating in Scotland, were won by businesses based elsewhere, particularly in the south-east of the UK, so hopefully SFS has made a difference not just to our own businesses, but to the whole Scottish film, television and commercials production sector.