One prize – One giant boost for collaboration

After the success of the inaugural awards in 2012, Co-operative Development Scotland (CDS) has today launched this year’s Collaboration Prize.

Screen Facilities Scotland was one of the three winners from last summer and Joanna Dewar Gibb, business manager at ARTEM LTD explains how the initiative has had an amazing effect on the consortium’s activities.

In the first instance, quite simply, being one of the winners gave us a boost of confidence to the Screen Facilities Scotland (SFS) working group that professional peers also deemed what we were doing as worthy of support.  The double layers of the CDS Collaboration Prize – the practical professional support and the hard cash – gave the working group a solid underpinning for the next steps in the evolution of SFS.

SFS is now a fully established representative trade body with members and is, in itself, a full member of UK Screen Association.  This forged link between the two entities is a valuable membership benefit of SFS and our thanks go to Creative Scotland for their support with this.

As a recognisable and formal entity, SFS has been able to work effectively with Creative Scotland in a number of other areas as well.  Working as partners, SFS and Creative Scotland set up an eye-catching “Film in Scotland” space at the London Trade Show, BVE 2013. The stand was staffed by Creative Scotland and different SFS members and affiliates.  Each of us on the stand had different knowledge and expertise to share with visitors and the result was a collaborative Scottish presence at this media expo. 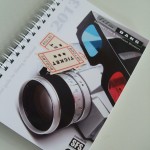 Alongside this, each of the SFS members, Creative Scotland and other stakeholders took the opportunity to organise a networking event in Central London whilst we were all there.  With combined guest lists and again, many of us on hand to mingle with our guests, this was a valuable opportunity to connect with key clients in London, the media production hub of the UK.

Copies of a revised Mini FilmBang directory were handed out at BVE 2013 and subsequently at the Cannes Film Festival.  This reference book lists the facilities companies in Scotland all in one place in a handy format.

Circulating information and contact details of all the facilities and service companies in Scotland is a key focus of SFS as part of our combined collaborative marketing efforts.

We have produced our logo (that graces the front of Mini FilmBang) and the development of both our website and Members’ Agreement are on-going, thanks again to combined efforts both of SFS members and the business consultancy element of CDS’s Collaboration Prize.

Across our membership, we have companies that are direct competitors but even so, we find we are able to put those aspects aside to work together in areas of mutual support and benefit to everyone’s advantage. SFS members have been sharing even administrative tasks, like chasing potential member to make sure anyone who wants to be part of SFS is a part of it.

The publicity from winning the Collaboration Prize gave SFS a further boost with articles on SFS appearing in Screen International and Broadcast magazine, two key trade journals in our business.  The £10,000 prize win was the “hook” for the bigger story of the aims of SFS.

The £5,000 cash prize is being allocated in part to our launch networking event that will include members, clients and key industry figures.  Alongside this, SFS is also planning to have a presence at this year’s Edinburgh Festival and Media Guardian Edinburgh International Television Festival.

Business consultancy from Co-operative Development Scotland worth £5,000 was also given as part of the prize and has been incredibly worthwhile.  The different experts made available to SFS have each helped focus the working group to achieve key milestones in establishing SFS in a more straight-forward and professional streamlined way. 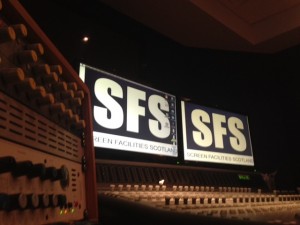 On a strategic level, there is an industry-wide period of examination and evolution going on in our core business of film and television production. SFS is now established as a point of reference for those consultants and others charged with reviewing the health of the production sector in Scotland, including the current considerations about building a Scottish Studio facility.

This is exactly where we wanted to get to.

It means hard-pressed business managers/owners do not have to be approached separately on every matter but rather, with one point of contact under the banner of SFS, views of busy people can be amalgamated and submitted collaboratively.

In due course SFS plans to have a part-time administrator to manage its business. In the meantime, what is clear on a daily basis is that within SFS there really is strength in numbers and tasks – when tackled co-operatively – become so much more efficient and effective as a result.

Being one of the CDS Collaboration Prize-winners gave SFS a most incredible boost at the outset of its evolution and we moved forward so much more quickly and efficiently than would have been possible without it.

This article also appears in the latest edition of 3RDi magazine. Click here to view.