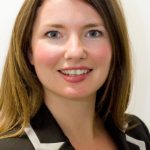 Scotland has a thriving food and drink sector. Employee owned companies like seafood producers Aquascot are reaping the rewards of co-operation.

I had the opportunity to hear Employee Ownership Ambassador Dennis Overton from Aquascot address the Scottish Parliament Cross Party Group on Food in January. The experience provided an insight into Aquascot’s journey towards employee ownership and a fascinating bird’s eye view of Scotland’s food and drink sector. It got me thinking about the bigger role co-operation could play in this industry. 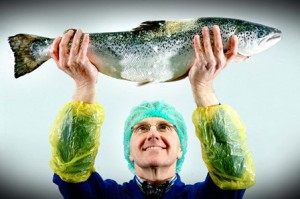 Aquascot is based in Alness and takes its inspiration from the 1920 pioneering profit sharing model of employee ownership set up by John Spedan Lewis. The seafood producing firm began its journey towards employee ownership in 2008, which it will complete 2016. 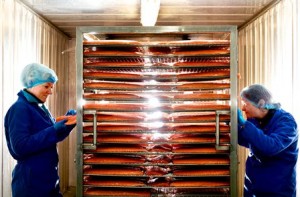 In 2008 the main driver was to sustain and grow the business for the future. The potential was huge: a strong team, accelerating health drivers, expertise in aquaculture and strong market demands. A business owned by the employees was the only solution to create long term value in a fairly remote part of Scotland.

Now, four years later turnover has reached £29m and total staff numbers are up to a healthy 135. Aquascot is also benefiting from a reduction in absenteeism and leaving rates – half that of the sector average. Staff are twice as productive as the sector average and feel they can bring forward ideas that are listened to and implemented. 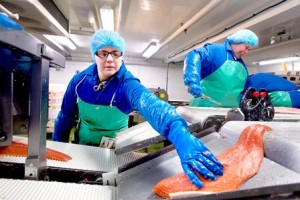 So what is the wider potential for this model in Scotland’s food and drink sector? The industry is made up of lots of micro-businesses, a few large family businesses such as Tunnock’s and Mackies and a few giants like Devro. The industry also has plenty of first generation entrepreneurs, who in my view would be a great fit for employee ownership. The challenge is how we ensure other companies take inspiration from the benefits enjoyed by Aquascot, and think about employee ownership themselves.

But back to our parliamentarians. A good debate took place amongst Cross Party Group members following Dennis’s address. They wanted to hear more about the risks when changing ownership structure and how businesses adapt to this change. Dennis responded by pointing out the difference between ownership and management. He conceded the transition process can add complexity to the mix, but a well run business is a well run business, irrespective of the ownership structure.

A question was also raised around ‘co-opetition’, when businesses co-operate with competitors. At Co-operative Development Scotland (CDS), we are seeing a strong appetite for this. Especially where there is an opportunity for businesses to collaborate to help a sector grow.

For example Food from Argyll is a consortium of nine food producers that came together to sell their produce at events under its singular banner. Overall, the members all saw the co-operative as an opportunity to get into a market that would be really hard to crack on their own. A consortium co-operative allows single businesses to pool their resources in this way without compromising their independence as singular entities. They look at the bigger picture and will reap the benefits as a consequence. 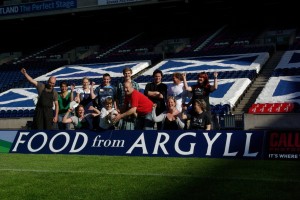 So did the Cross Party Group members feel that co-operative business models were a good fit for Scotland’s food and drink businesses? Overall, there was a feeling that any form of co-operation would be beneficial. And that much more needed to be done to promote collaboration for the benefit of the sector.