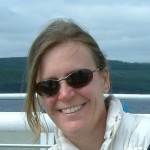 Carron Tobin set up Heart of Argyll Tourism Alliance in 2010, is project manager for the Argyll & The Isles Tourism Cooperative   and runs her own consultancy ruralDimensions. She is also a member of the CDS Advisory Board and here reports on their recent tourism summit.

The 15th January proved to be a very worthwhile day when we held our first CDS Advisory Board meeting combining a presentation from an existing cooperative followed by a workshop. In this case it was on tourism and I had the opportunity to present the work of the Heart of Argyll Tourism Alliance (HOATA) and the Argyll & The Isles Tourism Cooperative (AITC). The meeting was designed to showcase how co-operative models can benefit the tourism industry.

2013 is a pivotal year for tourism in Scotland. A CNN survey recently put us top of world destinations and the Highland locations used in the Bond film Skyfall have raised our profile. The Commonwealth Games and Ryder Cup both arrive in Scotland in 2014, so with VisitScotland designating 2013 the ‘Year of Natural Scotland,’ there is a gilt edged opportunity to attract tourists to rural Scotland.

But when it comes to promoting tourism in remote regions it can be a logistical challenge to bring together different businesses and organisations. The danger is that people market their businesses and attractions in competition with one another.

I am fortunate enough to be engaged in promoting tourism in Argyll both at the Mid Argyll level through the Heart of Argyll Tourism Alliance, but also at a strategic level through the Argyll & The Isles Tourism Cooperative. 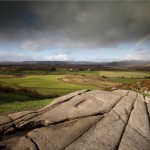 Following on from the Heritage Lottery funded Dalriada Project we have taken an innovative approach to promoting tourism by establishing HOATA as a consortium co-operative.

Mid Argyll is a special place being home to such attractions as the scenic CrinanCanal, Dunadd Fort, where Scotland’s ancient kings were crowned and the Scottish Beaver Trial at Knapdale, as featured on BBC’s Springwatch and Autumnwatch. 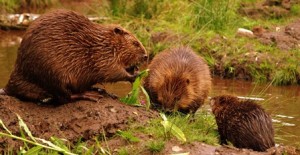 The idea behind HOATA is to showcase the collective destinations of the Mid-Argyll area to boost overall visitor numbers and not allow any one business interest to dominate our endeavours. So a hotelier on the Crinan Canal or a historic attraction such as Kilmartin Museum can now reach a bigger audience through a shared collective voice.

The result is that HOATA has now established itself as a genuine voice of the tourism sector holding regular meetings, working with partners and delivering innovative projects on the ground.

Our biggest success to date has been the recent award of a £77,500 investment from Creative Scotland to develop a cultural programme working in partnership with Artmap Argyll and KilmartinMuseum.Through this we are cross promoting existing events and festivals but also encouraging our partners to innovate.

For example we introduced a simple passport for the Artmap Open Studios weekend, with a ‘visit 5 studios’ prize draw for a £500 voucher to commission your own piece of Argyll art. The average number of studios visited was in fact eight, significantly higher than ever before.

We have also been offering social media and compliance training for our members, and a next step for us could be group buying for energy to bring down costs for businesses.

But HOATA’s efforts have been further enhanced by joining and actively working with the umbrella Argyll and The Isles Tourism Cooperative (AITC) set up in 2012. AITC is seeking to embrace all the marketing groups operating in Argyll and to progress a strategic ‘stronger together’ initiative.

Their aim is to promote the region allowing the local groups to focus effort on their immediate area but also encouraging them to collaborate through, for example, having a strategic presence at VisitScotland’s EXPO and staging an annual tourism summit to share best practice and new initiatives.

We believe this trailblazing and collective two tiered approach, which goes beyond purely marketing, offers huge benefits to the tourism sector in Scotland – especially away from our bigger cities.