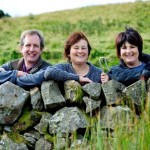 Farmers Nigel and Angela Taylor look after 180 Highland cattle at Castle Douglas, Dumfries and Galloway. The company, Barlochan Highlanders, was one of three similar outfits to win the CDS Collaboration Prize. Here, Nigel reports on why forming a co-operative consortium with Annanwater Organics and Clash Saddlebacks will bring home the bacon.

I once read that forming a co-operative could best be described as a leap into the unknown. Until now I never fully appreciated the scale of the challenge involved, but more importantly I’d never really considered the huge benefits that taking a collective approach to a business can bring.

All that changed a few months back when myself and two other farming outfits from Dumfries and Galloway found ourselves clinking champagne glasses together having just won £10,000 worth of funding as part of Co-operative Development Scotland’s (CDS) inaugural Collaboration Prize.

My partners are Steve and Sarah Burchell from Annanwater Organics, based near Moffat, who sell organic blackface and blackface-cross lamb and Robert and Caron Stewart, based at Port Logan, whose firm Clash Saddlebacks sells rare breed traditional pork and bacon. 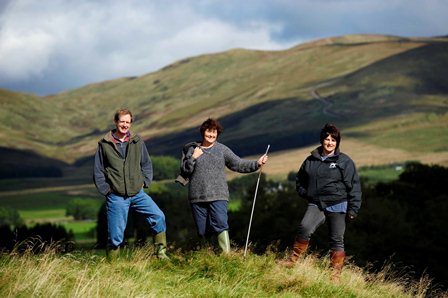 The first strength of our enterprise is the fact that we have known each other for years and our triumvirate of existing businesses all share an obsession with delivering produce of the highest quality. Here in Dumfries and Galloway we all have the same approach to high animal-welfare, outdoor reared, slow grown, ethically and locally sourced and artisan produced meat.

We would all tick the same boxes and this has proved a positive foundation to forming our co-operative.

So what’s the big deal? Well, I guess it’s all to do with working together…the very definition of a co-operative, you might say.

Of course agriculture is known for its solitary lifestyle. After all my outdoor office in the beautiful Scottish countryside, and comprises just me and 180 Highlanders (cattle that is!) and we spend most of our days together. It’s only when a rep turns up, or I have to go and get something fixed, that I meet anyone else. 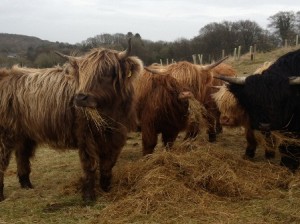 Farmers’ markets each weekend throughout the season can be a real test of my dormant social skills.  We are simply not used to working with other people, especially when we only have a share of the decision making process. But then again, that’s the whole point.

Setting up a consortium has been a big step forward for each of us. We have immediately been thrown into a season of re-adjustment that we could never have envisaged. Geographically separated by almost 100 miles of open space, we have had to plan ahead and consciously think about how to communicate. Whoever invented the conference call deserves a pat on the back.

We have had to adjust to each other’s timescales in terms of lifestyle and when we are each available. Steve & Sarah (Burchell) from Annanwater Organics, out at Moffat, are just about to embark on what is their most demanding time of the year … lambing! 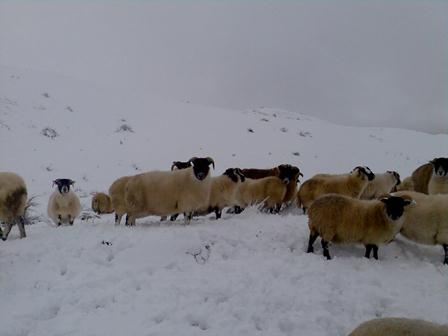 Whilst Robert and Caron (Stewart) in the fantastic area of Port Logan with Clash Saddlebacks are always busy. 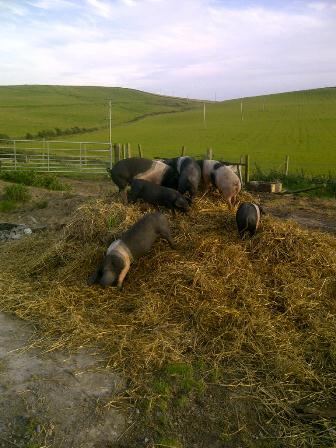 Good communication will be key to our success and is all part of our exciting new venture.

I think each of us are quite creative in their own way and that again is important for this enterprise. We each have strengths and specific areas of experience that we each bring to the kitchen table (or conference call).

Okay, we each have our weaknesses and areas we would rather avoid, but somehow the co-operative knits together six individuals, all from different backgrounds, knocks out all the rough edges off, sticks us all back together, and then gives us something exciting and rewarding to fight for.

The future looks bright. We are just about to sign the lease for premises that will enable us to develop an exciting range of pork, beef and lamb added value charcuterie products, as well as providing a distribution and admin location.

Our new branding (including new co-operative name … watch this space) is in development with one of the top marketing companies in Scotland, and we just can’t wait for the summer when we are planning our official launch.

So, to answer the initial question: Yes, we are taking a huge step, but so far we are all finding it a hugely exciting one to be making. 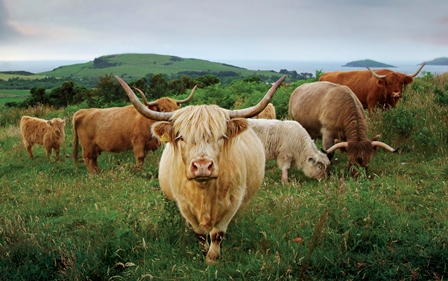