Bella Italia – learning from our co-operative friends in Southern Europe…

Recently I was fortunate to visit Emilia Romagna in the north of Italy – one of the richest, most developed regions in Europe and one famous for co-operative enterprise. What a wonderful learning experience – so I thought I would share!

With so much to tell, this is ‘numero uno’ in a series of blogs on my Italian adventure…

Hosted by Legacoop (apex organisation providing services to member co-operatives), I was invited to this wonderful part of the world to speak at the anniversary celebrations of CMC di Ravenna – a large construction co-operative. I was determined to use my time wisely and soak up the sunny success of co-operative models in Emilia Romagna.

The area itself spreads from Genoa in the west to Ravenna in the east, with Bologna as its capital. It is home to Ferrari, Parmesan cheese and Parma ham and has a rich history and culture. Ravenna is known for its mosaics and is an UNESCO World Heritage Site, with eight early Christian monuments inscribed on the World Heritage List (and of course I did manage to squeeze a visit to all of them).

Travelling along the motorway, we saw rolling agricultural land, interspersed with manufacturing plants. There are also many industrial districts, each specialised cluster focusing on specific industries.

The per capita income is high in this part of Italy and unemployment rates low. Amazingly this highly diversified small-firm economy has one enterprise for every 10 inhabitants – that’s 400,000 enterprises. Co-operatives actually account for more than 40 per cent of the GDP (Gross Domestic Product) – which I am sure you will agree is a very significant contribution.

I was keen to understand why this region is known as the ‘world’s most successful & sophisticated co-operative economy’. What were the drivers? What are the benefits?  Could they be replicated elsewhere?  This is what I discovered … 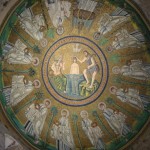 Culture is clearly an important factor.  Emilia Romagna has a strong sense of community – people helping each other. This spills over into business with enterprises collaborating, while remaining competitive. Robert Putman – Harvard academic and author of Making Democracy Work: civic traditions in modern Italy – correctly describes Emilia Romagna as ‘amongst the most modern, bustling, affluent, technically advanced societies on the face of the earth.’

Co-operative networks play an important role. Firms are highly specialised and exist as part of a co-operative production system with the success of one intimately connected to success of others. A reputation for quality, reliability and flexibility are crucial for survival in this ‘cluster’ system.

Legislation is also a factor.  The Italian constitution recognises the social contribution of co-operatives and directs that they should be promoted and favoured in legislation. This has resulted in high levels of adoption of certain models e.g. worker co-operatives and social co-operatives (this series will feature a blog on each). Recent legislation encouraged business clusters through enabling a supportive infrastructure resulting in the growth of credit guarantee co-operatives, service consortia and export consortia.

Co-operative capital is critical for fuelling growth. Marcora Law – requiring all co-operatives to invest three per cent of surplus in a mutual fund – has created a unique form of investment capital for co-operatives. Credit guarantee consortia also play an important role in enabling access to loan finance. 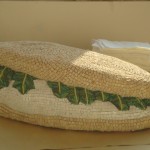 And that’s not all! Co-operatives that conduct the majority of their business with members (>50 per cent employee members in a worker co-op and over 50 per cent sales in a consumer co-op) are eligible for tax exemptions. The quid pro quo is that 80 per cent of surplus must be invested in a reserve that may not be divided among members and this enhances capitalisation as well as acting as a bar to demutualisation.

Also, co-operatives are allowed to hold shares in and control joint stock companies. This allows the formation of co-operative controlled groups to achieve scale and raise capital in the markets. As such, co-operatives can then use their natural strengths to outperform their capitalist competitors.

This is learning from the best. Co-operatives are present in nearly all sectors and predominate in construction, agriculture, food processing, wine making, transport, retail, machine production, housing and social services – 85 per cent of social services are delivered by co-operatives in Bologna!

Interestingly, co-operatives are so pervasive that they are generally invisible. And other than the ‘Co-op’ retail stores, the business model is not branded, advertised or promoted.

It is clear that this region has developed a system which merges the values of civil society with the industrial requirements of small firm capitalism, innovatively applying co-operative models to address both economic and societal needs.

So what are the lessons?  Simple – the power of collaboration as a route to economic development. Emilia Romagna clearly demonstrates the valuable role of co-operative models in addressing specific economic and social issues (reinforced by legislation) and the potential for innovation in the design and application of co-operative models.

You can check out some of the beautiful sites of the area in this video   http://bit.ly/NjrStm