Leading aerospace engineering company STAR-Dundee is one of the latest businesses in Scotland to join the growing number of employee-owned firms in Scotland.

The company, which spun out from the University of Dundee in 2002, designs electronic components and test equipment for spacecraft, supplying it to international space agencies. We caught up with founder Professor Steve Parkes to find out more about STAR-Dundee’s growth and the decision to become employee-owned. 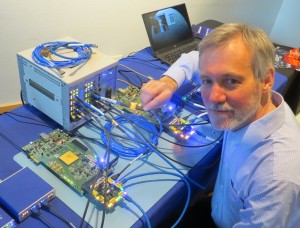 “Originating because several organisations wanted to use technology we were developing at the University of Dundee, STAR-Dundee has grown from an academic and a few enthusiastic research students designing and developing products in their spare time to an employer of 25 people with offices in both Dundee and Barcelona.

“Having formed STAR-Dundee and forged it over 15 years into a company with a worldwide reputation, I realised that I was not going to be around to see it through the next 15 years. It became clear that the future of the company was about the people that had helped make it a success and the culture that we had developed to support that success. Selling the company to another organisation, which would inevitably change the culture and might even move it from its Dundee base, was not a very attractive idea.

“Assisted by a succession planning project initiative by Scottish Enterprise, I reached the decision that employee ownership was the way forward for STAR-Dundee. Employee ownership retains and strengthens the culture and will ensure that the company always has a base in Dundee. 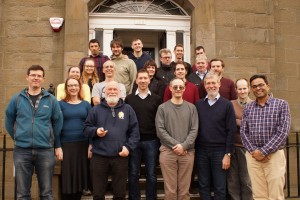 “The management team has been restructured to provide a firm foundation for further growth, and we’ll soon be launching a new technology, SpaceFibre, which we’ve spent the last ten years developing. Although designed primarily for spacecraft applications, it is creating interest in other areas including the robotics and medical equipment industries.

“STAR-Dundee has been a great success because of its people, and ultimately, our move to employee ownership allows these individuals to have a greater say in the running of the company and to further benefit from the success which they are instrumental in creating.”