MY VISIT TO MONDRAGON – AN ASPIRATION FULFILLED…

I’ve always wanted to visit Mondragon, the world’s largest worker co-operative. So, I was delighted when the opportunity arose on my recent visit to the Basque Country.

Mondragon is the largest business group in the Basque Country. The co-operative was established in 1956 and now consists of 102 autonomous co-operatives, 140 subsidiaries around the world and 26 foundations / umbrella organisations. The group employs 73,655 workers across 268 business units. 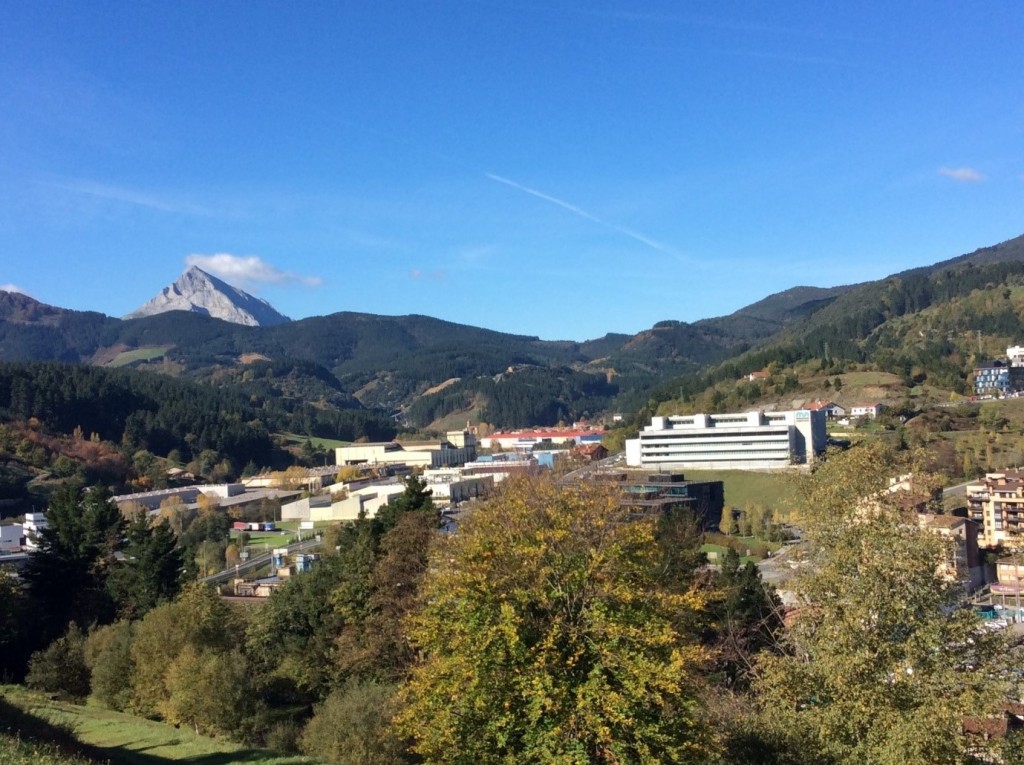 Mondragon University, surrounded by some of the group’s factories

Whilst this sounds a large number, it represents a relatively small percentage of the 2,900 co-operatives and employee owned businesses in the Basque Country.  The significance lies in the number of industrial co-operatives within the group (68 in total) of which some are very large (employing more than 2000). Also, the breadth of the group is significant including credit, consumer, education and research & development businesses.

I met with Ander Etxeberria, director of Dissemination. To kick off our meeting he shared this video which provides an excellent introduction to the group. I won’t try and summarise its content… just recommend you watch it to learn more!

The inspiration and driving force behind Mondragon was a priest, Jose Maria Arizmendiarrieta. Recognising the economic hardships and social division that followed the world wars, he set out to change society for the better. 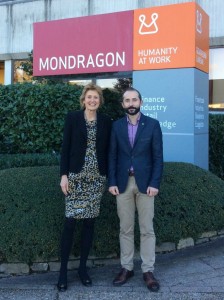 Jose believed in the dignity of the human being, the importance of solidarity and the value of education and work. His business was founded on the principles of co-operation, participation, innovation and social responsibility, values that are as relevant today as they were in the 1950s.

He didn’t set out to become a businessman, instead recruiting others to lead the growth of the co-operative. His focus throughout his life remained on the ethos of the business and working to improve society. Reflecting on my visit, that was a key insight for me.

I think he’d be pointing us to reflect on our values and consider models that empower and reward a key resource (human capital) and share the dividends of enterprise more widely across society.  In fact, I was struck by the similarity in ethos to that of some owners considering succession options. Increasingly they are looking for a solution that allows them to leave a legacy… which employee ownership achieves.

If we need proof that it works… the Basque Country now has the lowest level of unemployment and inequality in Spain. Given the scale of worker ownership in the region this is a clear indication of the impact of an inclusive business model.