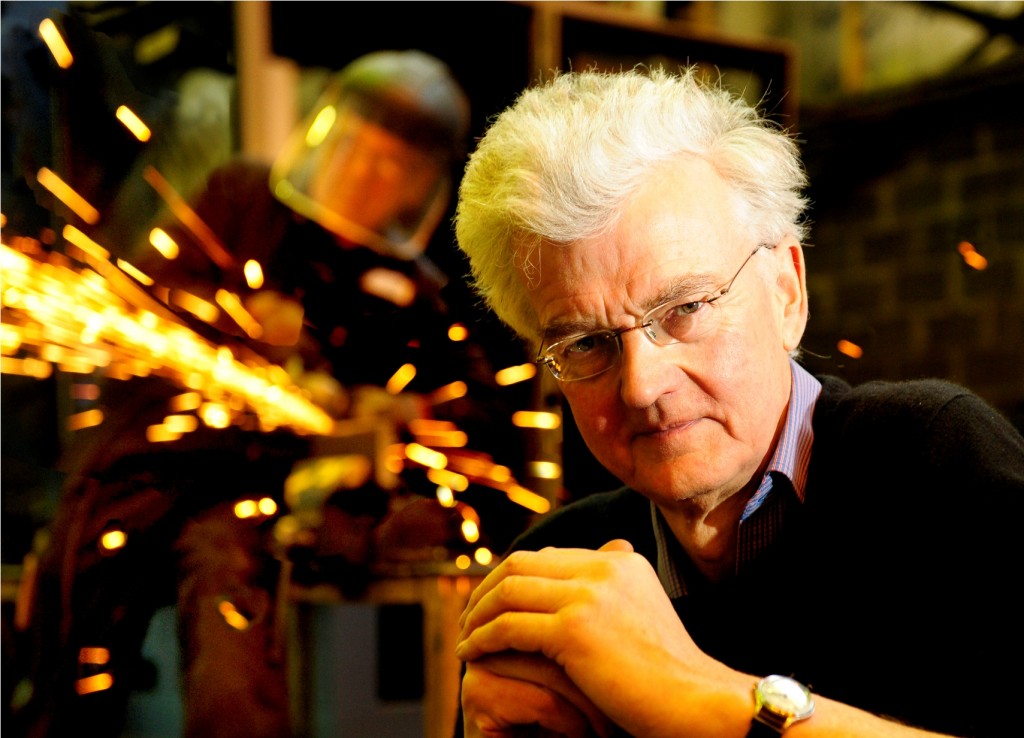 Here he explains how his passion for co-operative models has underpinned a successful business career of 40 years.

You could say I’ve been on a forty year journey of promoting and developing co-operative or employee owned structures. My interest in the sector was first sparked on a visit to work in a kibbutz in Israel in the early 1970’s.

There I was struck by the animated debates surrounding the election of the new canning factory manager and the easy and informal relations that existed between all those who worked in the factory.

Canning beans and cucumbers was not a great job but the attitudes to work and towards each other were so refreshing compared to those in the Birkenhead shipyard where I was training.  I discovered that there really was a better way to organise work.

Almost 40 years later, in 2009, we took Clansman Dynamics into employee ownership (Clansman is an engineering company that designs and builds large robots for foundries and forges – see www.clansmandynamics.com).  Clansman does not have the structure of a pure co-operative, but everybody now has a stake in the business, everybody has the same vote and the business has thrived since we made the change.

It’s why we have introduced coke and pizza meetings where members of staff present on company results so that everyone feels engaged. At Clansman we want our team to act and think like owners and the results are empowering for our workforce.

I feel compelled to spread the word that working within a different structure can be fairer and more rewarding, but it boosts profit margins too – all academic studies that compare comparable businesses support this.  So my message to those within Scotland who look enviously at Germany’s manufacturing sector, which is three times the size of ours, is that we can inspire our workforce by changing our structures.  Let’s inspire our workforce by giving them more responsibility.

I’m not just talking about the manufacturing sector here.  The open day at the Edinburgh Bicycle Co-operative earlier this year highlighted a successful retail business competing in a vigorous market. It showed that co-operatives, community enterprises and employee owned businesses are far from the idle talking shops their detractors would have us believe but instead deliver prosperity.

Clansman has dealt with foundry businesses within the Mondragon movement in the Basque country, in Spain for 15 years. We have learnt, to our cost, there is nothing whatsoever that is undynamic about their buyers and engineers!

And I feel the experience that Clansman has gained from collaborating and co-operating with small companies around the world has shown me clearly how a little Scottish company can compete successfully in Brazil and Beijing.  We are bringing 30 of our collaborating partners to East Kilbride in three weeks’ time for a two day meeting.  The co-operative consortium model can be the way for small companies to get into new markets.

I’m looking forward to working alongside Co-operative Development Scotland who share my zeal for promoting a better way of doing business. I pledge to give any support I can along with other members of the Board. It’s a fantastic opportunity to help spread the word about the benefits that collaborating, co-operating and sharing ownership provide.

It is so easy for those of us who are familiar with the model to assume that everyone out there is familiar with the benefits, but that’s not the case, as confirmed by the recent Nuttall report. For me the principles are the same in all of the models Co-operative Development Scotland promotes.

High salaries and new cars are nice to have but if your company is serious about boosting its productivity there can be no substitute for a workforce coming together for a common purpose. A company that runs as a team in both thought and deed is one that will maximise its resources and output.