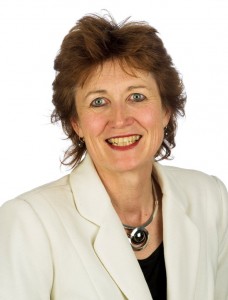 Dundee played host to the Scottish Government’s recent National Economic Forum, marking the first time it has taken place outside of Edinburgh or Glasgow.

It may have been the new venue, but it was also the subject that attracted more than 180 people to the University of Dundee to hear the Scottish Government’s aspirations to create a more competitive and equal Scotland.

First Minister Nicola Sturgeon laid out the Scottish Government’s strategy – the “four ‘i’s” of Innovation, Investment, Internationalisation and Inclusive Growth – that will help position Scotland alongside some of Europe’s best performing economies.

A powerful keynote speech was delivered by John Reid, manager of Dundee’s Michelin factory. Less than a decade ago, the factory was facing closure. With this bleak outlook, John and his team decided to focus their priorities on people, rather than production targets.

Initiatives, such as hiring an ice-cream van to come in during a hot day, help everyone feel part of the team. And, while production targets remain, exceeding those targets enables staff to decide on donations to charitable causes of their choosing. Now, the Dundee factory is Michelin’s most productive in Europe.

To quote John: “It’s all about your people. With the right people, you can deliver world-class performance.”

Throughout the morning, examples were given of how the “four ‘i’s” have helped businesses to prosper. Reflecting on the lively discussions, it was increasingly clear that there was a common factor tying these themes together – people.

By investing in their people, rewarding them for their efforts and introducing innovative working practices, Scottish companies have built a better future for their business and their employees. 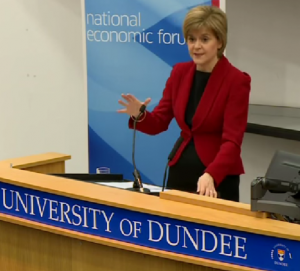 Speaking on this subject was Craig Hume of Utopia Computers in Kilmarnock. He succeeded his father in running the company and took the view that offering the living wage, instead of the minimum wage, would be better for the business.

His driver was to lead a company that rewarded everyone for their efforts. While there would be short term impact on costs, he recognised there would be long term gain. Morale, motivation and productivity have all improved as a result – benefiting the bottom-line.

He will discuss his views on the event on a future blog. In the meantime, why not join the conversation? Use #scotgovNEF on Twitter.

You can review the papers in more detail on the Scottish Government website.