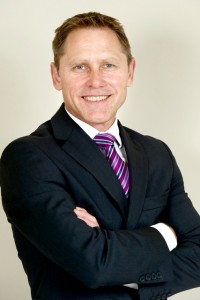 CDS specialist adviser Glen Dott has recently returned to Scotland after a fact-finding trip to the United States to learn about how employee ownership works there.

Here, he explores the differences in the systems across the Atlantic Ocean and why the American model of employee ownership has become so popular.

I have recently returned from the National Centre for Employee Ownership (NCEO) Conference held in Denver, Colorado. The NCEO is a membership body similar to the Employee Ownership Association in the UK. Both the United States and the conference were eye openers to me, having not seen either before.

Employee Ownership (EO) is big business in the USA. More than 11,300 firms exist there that use the Employee Stock Ownership Plan (ESOP). An ESOP is effectively an employee ownership trust which allows staff participation in corporate ownership and a share in the wealth these firms produce.

As in the UK, the company funds the purchase of shares from exiting owners, with the shares moving into the ESOP. Typically employees do not buy shares but are allocated a portion; in the UK a combination of both is common.

ESOPs were originally designed to provide for employee retirement. Companies would set aside stock to be given to employees when they decided it was time to collect their pension. This is still the case today. Countless US studies conclude share ownership combined with worker empowerment initiatives produce better financial results, but favourable tax treatment is a significant driver for ESOPs in the US. 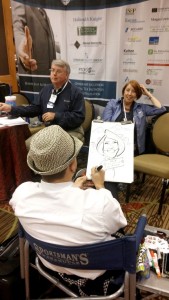 Even conferences in the USA are a little different.

In the US, companies that adhere to a certain tax code and are 100 per cent owned by an ESOP pay no tax. Earnings are passed on to the shareholders (employees) within the corporation and these earnings are only taxed when liquidating the shares – at retirement or upon leaving the company.

Since ESOPs are the only retirement plans allowed by law to borrow money, they are attractive to owners, managers and advisers, as they can be used to raise finance. There is also considerable legislation in place to ensure ESOPs have independent trustees. ESOP valuations are independently verifiable and trustees are truly acting in the employees’ best interests. As you might imagine America’s famed legal system comes fully into play, with the Department of Labor challenging some valuations on behalf of employees.

From a UK EO perspective, employees in US EO firms do not seem to have great formal influence. This system appears to lack the ‘checks and balances’ we have, where the operating board is overseen by trustees.  There are no employee-elected directors and no employee-elected trustees. Furthermore, the trustees are appointed by the board.

There is however a certain logic to this. Trustees are legally obliged to work in the best interests of employees and are able to remove the company’s board, although in practice this rarely happens. The two interdependent governance structures are required to ‘work things out’ in the best interest of all.

While the systems across the pond differ, there is no doubt the American ESOP structure allows employees to fully share in the fruits of their labour – and provides interesting food for thought when considering how UK businesses approach employee ownership.